The Little Red Truck That Got Away – Part 2

Two weeks later Saturday, December 17th David and our VW friend John make the 4-hour drive from Tampa to Saint Simons Island, Georgia. Everything went according to plan. David was responsible for towing with his truck the new enclosed custom car trailer where Miss Indigo was safely secured. The walk-in cooler, VW split window bar-like cart in BLUE and WHITE along with all the supplies were loaded into John’s rented U-Haul truck. The U-Haul was also towing a car trailer with truck #2 safely sitting on top. David and John were loaded and ready to bring everything to Tampa!

Soon after the VW caravan left the island, David called to share some insane news he had uncovered during the transfer of the title of Miss Indigo. He of course starts the conversation with “are you ready for this?” which I answer, “oh boy, here we go!”

A little back story, Christmas Day 2017 I had found my first ever classic VW for sale, one that I had been dreaming about. It was a 1965 Split Window Camper Bus I named Sky. This is where the serendipity adventure began. It was pre–Posies Flower Truck for me, which had only hit the streets of Tampa Bay a month earlier. Shortly after Sky arrived, we attended a VW car show in Clearwater, Florida. It was there I saw my very first classic VW single cab truck and went crazy over it. I blurted out that day I would have a VW truck in my life and boy how that would come true! It wasn’t much longer after I saw the Posies Flower Truck on social media, and it was love at first sight!

This is the part I don’t discuss often as I had kept it somewhat private, but it does relate to this story. In April 2018 I was diagnosed with a rare and aggressive form of cancer. It was discovered early during a routine exam (don’t skip your annual appointments ever) and everything in my life came to a stop. I started treatment with Moffitt Cancer Center that year and I’m proud to say I’m 4 years post treatment just this December. I do feel everything happened for a reason, I’m exactly where I was intended to be, and I wouldn’t change my path for anything! In October of that same year a VW friend, Dallas had advertised his red 1960 VW Single Cab truck with a Coca-Cola logo on it for sale. I messaged him about selling it to us, but I was quickly reminded it wasn’t the right time as I was still receiving treatment at Moffitt. I reluctantly passed on it and shortly thereafter it sold to a family in South Carolina. I did an internal goodbye sigh and reminded myself timing is everything in life and it was just not meant to be. Just this past October Dallas shared a memory on his social media page and tagged me about the day the red truck was sold. I of course commented with “Oh there’s my cute little red truck! Timing was not right back then and boy how things have changed!” I also added this little nugget, “there’s a red truck in my future, a Rosie, just throwing it out there!” Which yes, I secretly named it Rosie before the dream of owning Posies was even a thing. This is what I mean when I talk about the serendipity universe thing.

Now back to the original story, before David and John made the trip to Georgia, David had done a search of the vehicle ID numbers that Kate had given us. Miss Indigo returned with information that David felt was a odd. It was returning results of a 1960 red single cab truck that had ties to Pinellas County, Florida. At the time he just figured it was a glitch, maybe he was missing some vehicle numbers and really didn’t think about that truck from 4 years ago. When they were preparing to sign the paperwork in person, he wanted to do one more verification of the vehicle ID by physically seeing the stamped number on the engine bay. Once again it displayed as matching the 1960 red truck from Pinellas County. Miss Indigo was clearly painted blue and white. He then said, “this is so weird, but the 1960 truck is showing as a red 1960 Single Cab that may have come from Pinellas County, Florida.” Kate’s husband immediately says, “YES it was painted red with a Coca-Cola logo on it! We bought it from a couple in Michigan who had it painted to blue and white!” SHUT THE FRONT DOOR! David couldn’t wait to tell me, and when he did, I just shook my head in disbelief. When I was able to finally form words I said, “well of course it found its way back to me, I wouldn’t expect anything less!”

The journey this sweet little truck took to find its way back to Tampa is as follows. October 2018 it went from Dallas Wilfong of Belleair, Florida to Nathan and Kassy Ebling of South Carolina who painted it blue and white to start Lily’s Flower Truck. Shortly thereafter the Ebling’s moved from South Carolina to Norton Shores, Michigan with Lily the flower truck in tow. They eventually sold it to Kate Dart of Saint Simons Island, Georgia where the Merci Bouquet Flower Truck was born. And yes, Kate then reached out to us and well my little red truck from 2018 found its way home to Posies 4 years later! You just can’t make this stuff up and who else thinks Rosie is her forever name? All I know is Rosie will require no flower truck training whatsoever!

The goal is to have Rosie selling flowers across Tampa Bay by Valentine’s Day. She is going to be such a welcomed addition to the Posies family and is already fitting right in! The 1963 truck will follow thereafter as it needs a bit more “posiefication” to get ready to work. To say I’m excited is an understatement, let the fun begin! 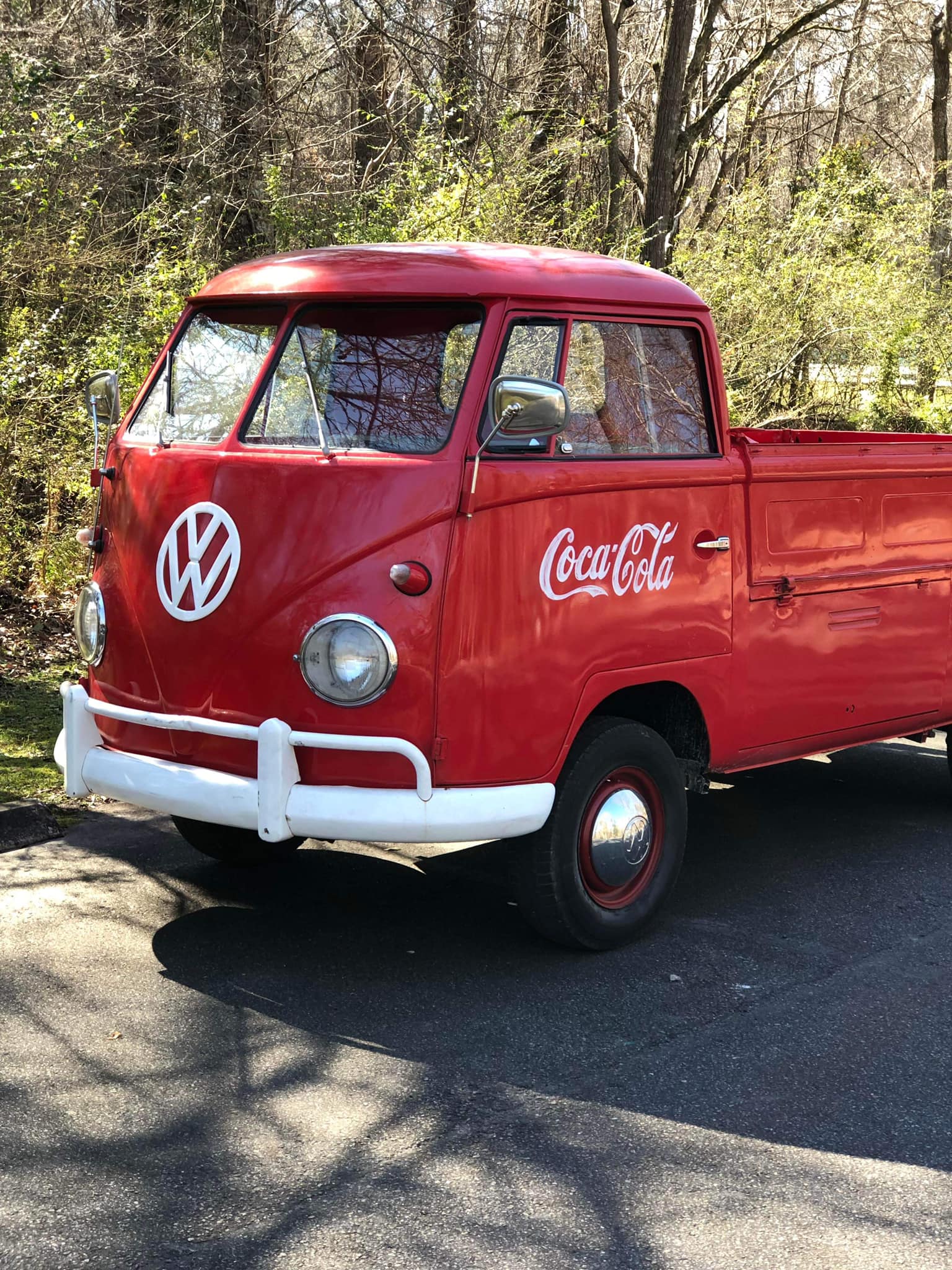